Nicole is a US-American living in Freiburg, Germany since 2017. She grew up in a suburb of Philadelphia, Pennsylvania, then moved to Charleston, South Carolina followed by Chicago, Illinois. After that, she made the big move across the Atlantic to Freiburg, a city she'd never been to before moving day.

Her first year in Germany was nearly equally full of magic and stress. Although it is indeed overwhelming to navigate bureaucracy in a language you only sort of understand and to feel like your professional life and financial stability are crumbling before your eyes, doing so in the middle of the Black Forest as church bells ring in the distance, with a crisp German Grauburgender wine in one hand and a freshly baked Bretzel in the other, certainly does add a flair of beauty to the thing.

Nicole decided to start the podcast in order to create a community for herself and others feeling similarly stressed but blessed in their life abroad. She's a librarian by day, podcaster by night. Her favorite activities are asking strangers slightly invasive questions about their personal lives and frolicking about in nature, be that via hiking, running, traveling, or taking a scenic nap. 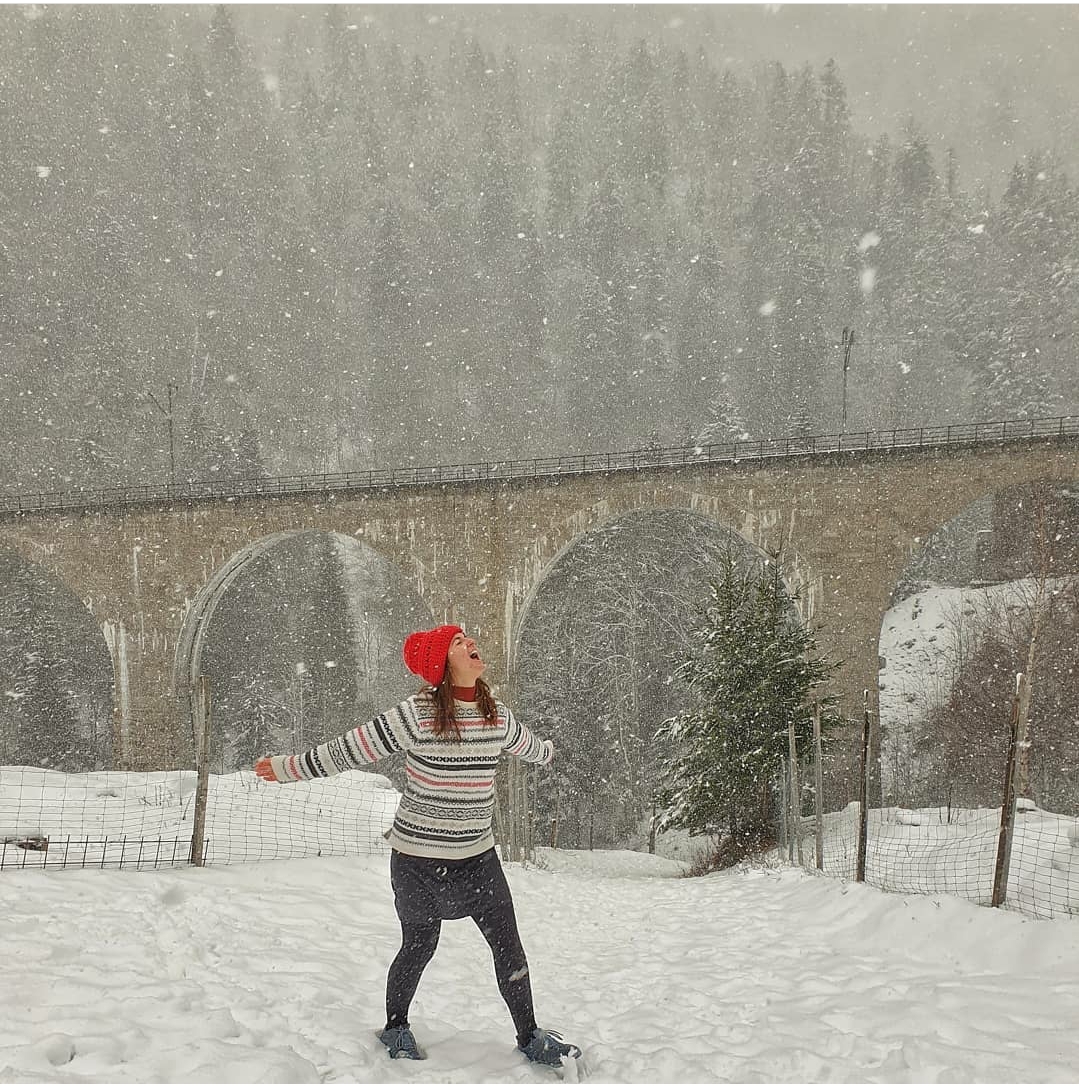 Nicole has appeared as a guest on various podcasts, vlogs, and blogs. She loves to collaborate with other expat/life abroad projects, so if you'd like to propose a project together, reach out!

Nicole has hosted and moderated events, both online and in person. She has a passion and a natural talent for engaging others in conversation and getting to the root of a discussion in an authentic, comfortable way. While she's mostly applied that skill in The Expat Cast (and in bars), she's eager to expand to other projects.

If you have a project or event that Nicole could be a good fit for, please contact us.

Nicole hosted a podcasting event at the Carl-Schurz-Haus in Freiburg, Germany in honor of International Podcast Day, 2019. She presented a quick rundown on what a podcast is, then participated in a panel discussion about podcasting alongside the hosts of Jung und Freudlos, a German-language podcast about mental health based in Freiburg. After that, she recorded a live episode of The Expat Cast and wrapped things up with a Q&A.

The event was attended by about 50 people and was covered by the Badische Zeitung.

In the days after the murder of George Floyd at the hands of the Minneapolis Police Department in 2020, the Carl Schurz Haus in Freiburg put together a panel discussion to address racism and police brutality in the United States. The event was hosted just a week and a half after the event, in the midst of massive protests in the US and beyond.

Nicole moderated "America on Fire," a discussion among a panel of five US-Americans living in Freiburg. The event was hosted on Zoom and attended by over 100 people on both sides of the Atlantic. After discussing their reactions, thoughts, and feelings about the current events in the context of a long racial history, the panel took questions from the audience.

The video of the event was posted to Facebook and released as audio on The Expat Cast.

Due to the success of the first panel, a second panel, "America on Fire Part 2" was hosted for one month later with the same panelists and moderator. A third panel was hosted in February 2021.